Food and beverage manufacturing is one of Canada’s most important sectors, contributing to Canada’s provincial, regional and national economies, supporting our international trade goals, and underpinning local food production and food security.

Across Canada there are almost 8,000 food and beverage manufacturing establishments.  These Canadian companies buy half of Canada’s agriculture output and employ almost 300,000 workers making them the largest manufacturing employer in the country.

These companies are now facing a debilitating workforce crisis. It is estimated that food and beverage manufacturers are short, on average 10% of their workforce – a total of 30,000 workers every day. Many companies are reporting vacancies of up to 20%. By 2025 workforce shortages are expected to more than double to 65,000 workers.

FBC-ABC is calling on FPT Ministers to establish an FPT Labour Task Force, to consult and work with industry, with a two-part mandate:

1. To identify and implement immediate actions to alleviate the labour crisis facing the agri-food sector now and over the coming 18 months, with a focus on an emergency Temporary Foreign Workers Program.

2. To identify longer term goals and measures with a focus on the barriers which have already been identified by the sector – related to skilled trades, automation, foreign workers, and infrastructure. This work would seek to support the sector through the Next Agriculture Policy Framework scheduled to take effect March 31, 2023, in which labour should be an overriding priority and focus. To support these efforts, the FPT Labour Task Force should depend on the insight that can be provided by industry, as well as the important work being done by the Canadian Agricultural Human Resource Council (CAHRC), in partnership with Food and Beverage Canada and the Canadian Federation of Agriculture, as part of their Future Skills Centre funded project entitled “National Workforce Strategy for Agriculture and Food & Beverage Manufacturing”.

FBC-ABC, the Canadian Agricultural Human Resource Council (CAHRC) and the Canadian Federation of Agriculture (CFA) announce they are partnering on the development of a National Workforce Strategy for Agriculture and Food & Beverage Manufacturing, with funding from the Future Skills Center. The two-year project will seek to develop a national workforce strategy to address the ongoing workforce challenges experienced by the Canadian agriculture and food and beverage manufacturing sectors. Issues that will be explored include, but are not limited to, skills development, the impact of technology and automation on labour and the role of foreign workers in Canada’s food system. 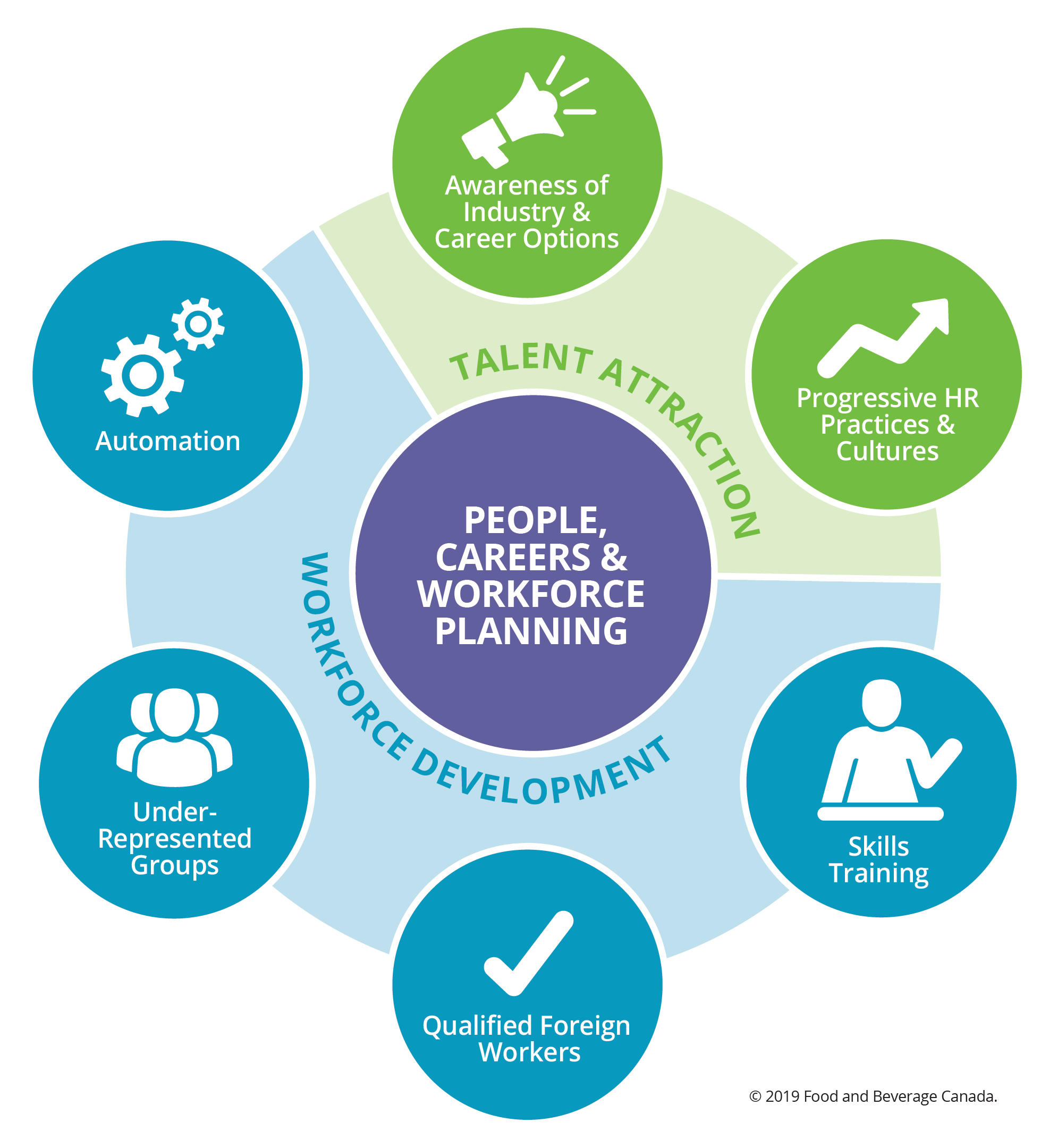